How Much Does An Assembly Line Cost?

The modern assembly line is an intricate commercial production arrangement in which both personnel and equipment are leveraged to systematically assembly products station by station. Each station adds to the work from previous stations until the product is finished.

Assembly line methods were first created to increase factory productivity and efficiency by lowering the cost and time it takes to make a finished product. Current advancements in assembly-line technologies set out to achieve those same original goals: to increase throughput (the number of goods produced in a given period of time) and to reduce costs. There are four assembly line methods that have been used in the production process. Additionally, various costs in the manufacturing process are associated with each method.

Simply put automated assembly lines utilize less human labor and rely more on machines, technology, and other automated processes. Because of technological advancements, the majority of modern assembly lines are now automated. Although this form of assembly can significantly reduce labor expenses and increase production speed, it may come at a high upfront cost and be a significant investment for the company. New robots can cost anywhere between $100,000 and $150,000 for a complete set of controllers and application-specific peripherals. In addition, the cost of assembly line machines with full application systems can be anywhere from $50,000 to $75,000.

To maximize the efficiency of production and minimize the assembly line costs, ingenuity, critical thinking, and cognitive adaptability are required to strike a healthy balance between human and machine labor. Too many humans are too slow and make too many errors, and too many machines are inflexible, fragile, and brittle, resulting in high development and integration cost and more frequent line stops and rework.

Classic assembly, on the other hand, is mostly made up of a group of people, or employees in a company assembling products by hand. There are advantages and disadvantages to classic assembly. Because human work is more variable than automated assembly, the costs of human labor include wages and inflation, training, employee compensation, payroll taxes, and safety equipment. A typical assembly or subassembly line employs one to two people, each working on a different product. Furthermore, classic assembly requires the use of tables, conveyor belts, and computers to track the operation.

Both automated assembly and classic assembly are used in lean assembly lines. In lean assembly, teams of workers work together in each station rather than individuals. As a result, working on various items, particularly large and complex products, is easier. Team members rotate through different duties and responsibilities on a regular basis. The cost of lean assembly varies depending on client expectations. This style of assembly boosts assembly line productivity because they are not required to perform repetitive jobs for long periods of time, resulting in cost savings in purchasing, inventory, quality, and output.

Putting together an assembly line that adheres to high-industrial safety measures and requirements, particularly for new or developing companies, requires a significant initial investment. Outsourcing assembly and sub-assembly operations could help your company save even more money on labor and equipment.

At NewStream Enterprises, LLC, we have the versatility to provide you with the most efficient assembly lines for your product. To efficiently piece together pieces for a final product, our assembly line production employs a skilled assembly-line crew, as well as error-proofing technologies and infrastructure. Products go through a packaging process after leaving the manufacturing line, which includes custom labeling, barcoding, crating, relabeling, sorting, staging, and inspection of items for distribution. Other value-added services, such as pack-out and kit assembly, might be included in product assembly services.

Our assembly services have already been tuned for efficiency and can assist you in meeting your business objectives. Get a free assembly and sub-assembly quote from NewStream today! 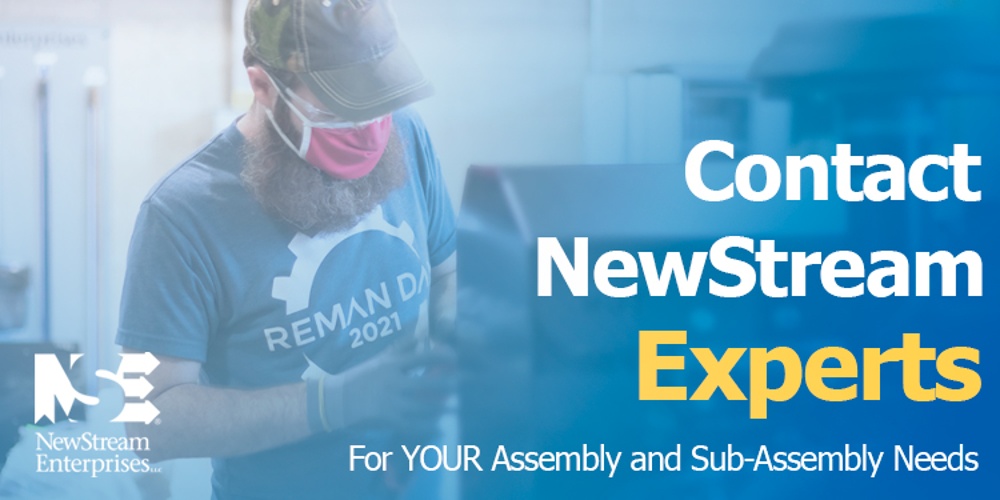 Ha Beavers is currently the Marketing Coordinator at NewStream Enterprises, LLC. She graduated from Missouri State University with a Bachelor of Science degree in Digital Film and Television Production. Ha has obtained industry experience in content writing, website creation, search engine optimization (SEO), videography, and photography. In her role, Ha is responsible for the overall inbound and outbound marketing strategy in support of NewStream’s sales growth goals.

see all
Scroll for More